Nothing tastes as good as skinny feels…

If you want it bad enough, you’ll do anything…

I grew up hearing these phrases, repeating them in my head over and over again, and applying them to my dieting. All my life, I’ve dieted, starved myself. Binged, purged, gave up, tried again. I’ve been on dozens of diets from Weight Watchers to Slim Fast to Keto. I’ve lost weight. Ten pounds. Twenty. Even eighty pounds. Sometimes I’ve kept weight off for a while. But I’ve always gained it back plus more.

Maybe I just have no willpower. Maybe I just suck as a person. Maybe I’m meant to be fat.

All my life, there was an awareness that I wasn’t as good as other people because of my weight. If I could just lose enough weight, maybe I could trick other people into believing I was as good as them. But I could never quite lose the weight. Sometimes I got close. But not close enough. And so I had to settle for bad relationships. Unfulfilling jobs. People who took advantage of me. Because I was just a substandard kind of person.

I’ve been through enough therapy to know that my depression, anxiety and weight issues are all interconnected, but I’ve never quite been able to untangle all the mess. With the help of a very patient psychiatric nurse practioner, I have managed to find a concoction of antidepressants and medications to keep my mood stabalized enough to function without crippling anxiety and OCD.

Recently, however, I was willing to throw all that away because I wanted to lose some weight. You see, I blamed my antidepressant for making me fat. Since taking my medication (and some other lifestyle changes) I’d gained 60 pounds, and I was desperate to lose it. So desperate, that I was willing to risk my mental health. I was willing to risk spiraling back down into that black hole I’d been in a few years ago when I actually had an “exit plan” to leave this life behind. I was willing to return to the crippling anxiety that made it difficult for me to leave my house.

Because being fat isn’t just about the health risks. It isn’t just about having a big butt or flabby arms. Being fat is about feeling constantly unworthy. It’s about not fitting in the airplane seat. It’s about bracing yourself for the weight lecture at the doctor’s office when you go in for something as routine as a sore throat. It’s about not being taken seriously by your physician when you complain about chronic pain and being told that you just need to lose weight, so you ignore symptoms until it’s too late. It’s about being embarrassed to draw attention to yourself, so you keep quiet and don’t stand up for yourself. It’s about missed opportunities, lost chances, regrets. It’s about so much more than a number on a scale.

I cut my antidepressant dose in half with the intention of stopping it altogether, but then I said, “Fuck it.” Why should I roll the dice with my depression just so I can reach a certain number on the scale? I need my medication, dammit.

Maybe my weight or weight-related issues will kill me. But is that worse than dying at my own hand? Is losing ten or twenty or even sixty pounds worth it if I live a miserable, depressed, anxious existence?

Some would probably say I’m choosing wrong. That I should put my physical health ahead of mental health. Or I should eat right and exercise, and my mental health will re-align (Keto-vangelists, I’m looking at you). Some will surely say it’s mind over matter. And if that’s your opinion, that’s fine, but keep it to yourself.

No fat-shaming comments here, please. I’ve had enough of that for the past 49 years, thanks.

6 thoughts on “Not Just Fat”

What do you have to say? Join the conversation . . . Cancel reply 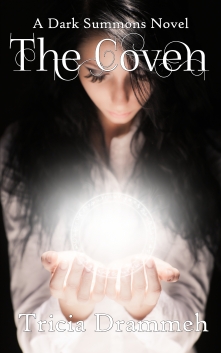 A must read for authors and the people who love them!